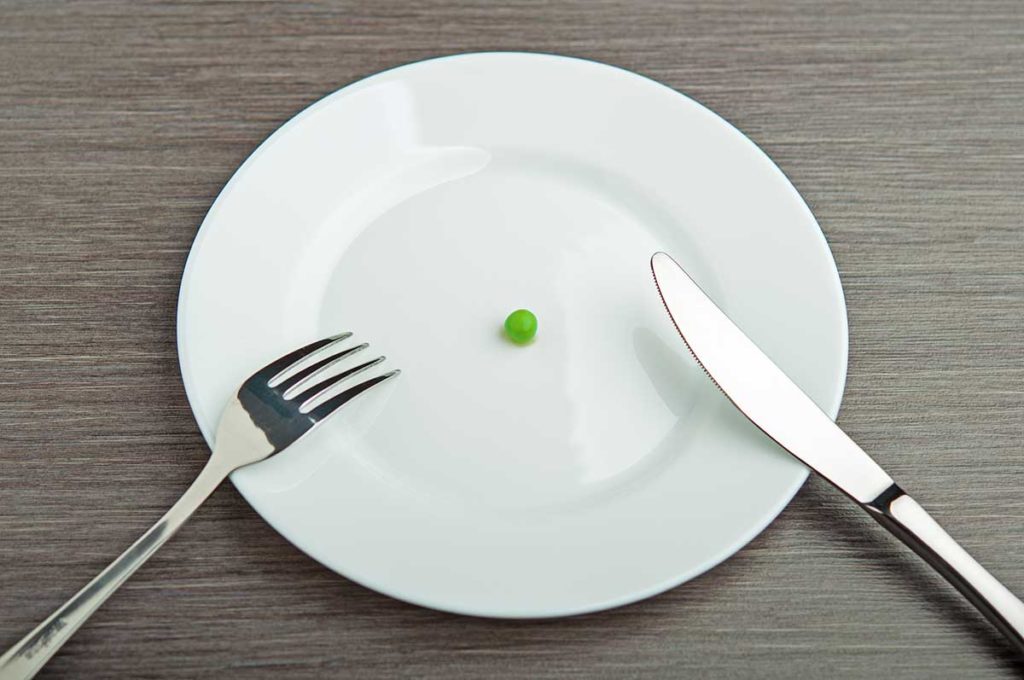 Anorexia nervosa is a disorder that poses a serious risk to the person who suffers it.

Do you want to know more about it?

We often hear in the media or through our environment that a person suffers from anorexia, bulimia, or some disease related to food.

But do we really know what Eating Disorders are?
In essence we can say that people who have this type of disease are those in which there is a behavior different from that considered normal and healthy, in terms of food or nutrition.
The pathologies that tend to be more well-known within this class of disorders are anorexia and bulimia. However, for a time now, and probably sponsored by the latest tendencies of cult to the body, different diseases of this type have emerged, such as, among others, vigorexia, orthorexia, or nocturnal dinning syndrome. There are also some others that, although they have not emerged recently, are considered of great importance, such as the so-called binge eating disorder.

Today we are going to focus on one of the best known: Anorexia.
Those who suffer from anorexia nervosa are rejected to maintain a body weight equal to or higher than the normal minimum considering the age and size of the person. Even being thin, who suffers from anorexia has an intense, disproportionate and irrational fear of gaining weight or suffering from obesity. They do not see themselves thin, despite being so. In fact, they usually have a body mass index much lower than recommended, this being occasionally critical in certain phases of the disease.
A constant factor in this type of disorder is that the sufferer gives an exaggerated importance to his physical appearance, specifically to his weight, relativizing or denying the dangers that entails the disproportionate thinning. Women who suffer anorexia often lose or suffer alterations of their menstrual period, due to malnutrition.

CLASSES OF ANOREXIA
Within anorexia nervosa we can find two main classes:

The restrictive, and the compulsive / purgative.
In restrictive anorexia there are no purges (vomiting, diuretics, laxatives …) or binge-eating: the sufferer limits himself to strictly control what he eats or simply to stop doing it.

In compulsive / purgative anorexia, in addition to food restriction, the sufferer also resorts to purging and binge eating. It is often mistakenly thought that, unlike bulimia, the person suffering from anorexia does not perform these practices. However, in this particular type, it usually resorts to vomiting, taking diuretics, or laxatives on a regular basis, in order to compensate for a meal that, under their criteria (it does not have to be), is excessive. Therefore, we can say that in this disease there are cases in which there are purges or binge-eating.

These are some of the signs that can make us suspect that a person suffers from anorexia:

It must be said that presenting some of these symptoms does not mean that you suffer from this disease. To be able to diagnose it, it is essential to go to a professional who is qualified for it.

THE EVOLUTION OF THE DISEASE IN THE PATIENT:
At the beginning of this, the person begins worrying to a certain extent by the food that he / she takes, either referring to the quantity, to his type, or in relation to both aspects. This kind of restrictions are gradually increasing in frequency and proportion, often combined with a disproportionate increase in physical exercise in most cases.
Anorexia is a complex disorder that affects the patient’s life in many ways, so the intervention and its early treatment is very important. The evolution of this disease is variable and depends largely on the person who suffers from it, sometimes becoming fatal.

THE CAUSES:
There are personal factors that tend to predispose to suffer from this disease, such as having low self-esteem, negative experiences we have with respect to our body image, excess weight, or being too perfectionist or controlling ourselves. Regarding the environment, it should be noted that the excessive concern of a relative regarding the weight issue can increase the disposition of the person to suffer from this disease. There may also be social components, such as the usual aesthetic patterns or canons of beauty, or the prejudices against overweight, as well as the exercise of certain professions and sports that sometimes encourage the obsession with thinness.
The listed are just some of the causes that predispose to anorexia. Unfortunately there are many others not mentioned.

If you think that someone in your environment or yourself may suffer from anorexia, it is recommended that you contact a professional who can help you. Dr. Hallin Medical Center has a medical team composed of specialists who can assist you or solve any doubts you have regarding this disease, or any other type of eating disorder.

Soon we will discuss another of the most well-known eating disorders: Bulimia nervosa.